Also in this section 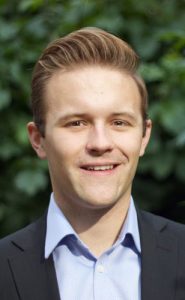 Mark is a  chartered chemical engineer specialising in health and safety with experience in oil and gas, government services and defence. He holds a PhD and Masters in Chemical Engineering from Imperial College London. He is a recognised leader in diversity and inclusion in the engineering and construction industry. He is chair and co-founder of InterEngineering, an organisation which connects, informs and empowers LGBT+ engineers and supporters. Under Mark’s leadership, the organisation has become the leading organisation addressing LGBT+ inclusion in the engineering and construction sector engaging prominent engineering institutes and employers, with a membership of over 500 engineers. Mark authored a report for the UK Government on tackling homophobic, biphobic and transphobic bullying in engineering and is working with the UK Government on implementation of the recommended measures.

Mark is a Chartered Engineer with the Institution of Chemical Engineers (IChemE) and is a founding member of the IChemE Diversity and Inclusion Working Group. Mark has direct experience working in oil and gas, government services and defence. As a health and safety specialist, he is passionate about helping businesses overcoming challenges and barriers to create a positive health and safety culture. There are many parallels embedding an inclusive corporate culture and the intersection between health & safety and diversity & inclusion is a critical aspect to get right to unlocking positive results in both people and performance.

Mark has spoken at numerous events including the launch of Rolls-Royce LGBT Network PRISM alongside world-renowned gay rights campaigner Peter Tatchell, London Business School’s 2015 and 2016 EUROut conference for LGBT MBA students, and the UCL Institute for Engineering Education conference on inclusion in engineering.